2 Caspian gulls, at least 1 yellow legged gull and 10 goosander in the roost tonight 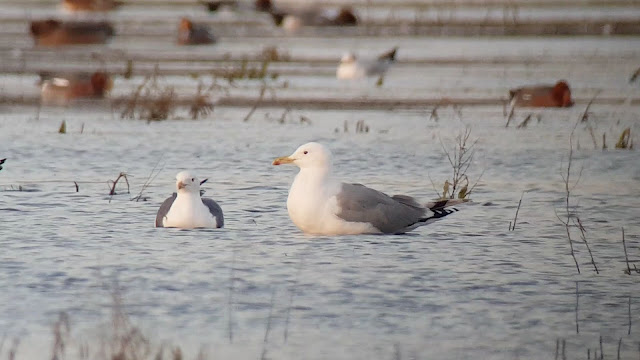 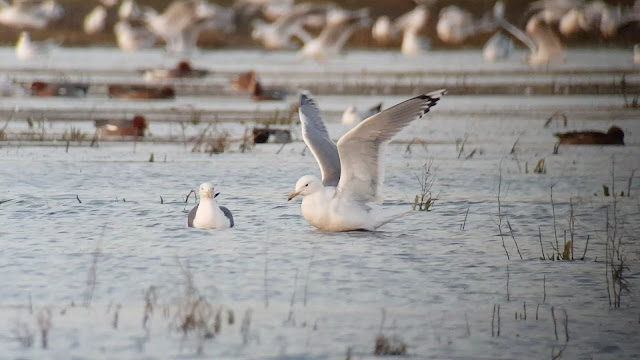 3w Caspian gull. Initially thought to be the Appleford bird from last week, but this bird seems to have very little hind neck streaking. Possibly an artefact of differing light conditions, and the fact that the Appleford bird was so distant, or perhaps most likely, that it has just moulted off the feathers over the last few days. Otherwise seems identical in plumage and bill markings. 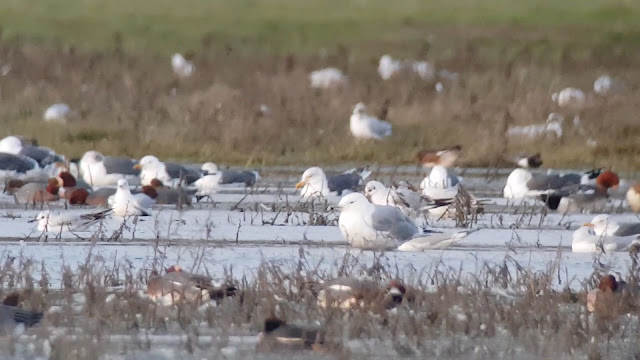