The four white storks were still in their field just north of the Thames this afternoon. They were best viewed from the footpath along the river in the 3rd field west of the Maybush Inn at Newbridge. However as the rain stopped they started drying out their wings and then at 3:24 they flew off rather low to the south west. It wouldn't surprise me if they're still in the area somewhere though. 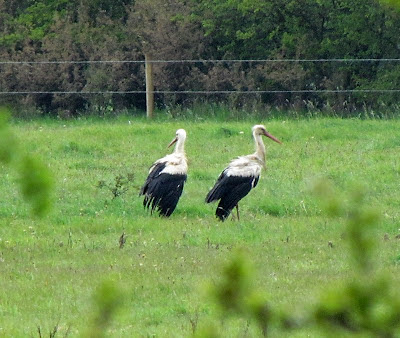 Two of the four drying out... 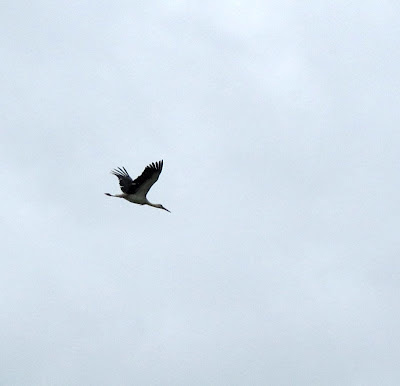