The month started with a notable passage of Common Terns with numbers peeking at upward of 100 birds at Farmoor on the 2nd. A slow build up of wading birds over the course of August kicked off with 3 Whimbrel at Farmoor on the 5th and 9 Black-tailed Godwits on the 12th. A Knot briefly touched down along the causeway on the 14th. A Mandarin on the Thames at Farmoor on the 6th was an unusual record for the site.

The usual late summer build up of Yellow-legged Gulls peaked at up to 50 birds at Farmoor on the 15th but contained within the evening roosts over August were three different Caspian Gulls: an adult on the 6th-9th was a superb find but the two juveniles found at the res offered a rare opportunity to see this age of Caspian Gull not only in Oxon but the country. 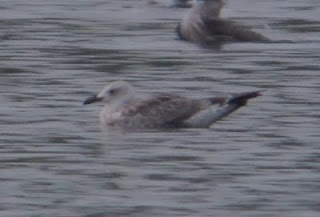 
Standlake Common's Pit 60 saw Little-ringed Plovers breed this year as well as producing a string of passage waders including Greenshank throughout the month (as did the RSPB Otmoor reserve). The Banbury Ornithological Societies Bicester Wetlands Reserve reserve attracted a very impressive 20 Green Sandpipers on the 11th and a long staying pair of Greenshank while Balscote Quarry (another B.O.S reserve) held 5 Greenshank on the 22nd

Several Marsh Harriers were seen through August including one at the Devil's Punchbowl near Wantage on the 17th. The long staying individual at Otmoor was joined by a second adult female on the 26th. Another female Marsh Harrier was also seen drifting west over Blackheath Farm near Burford on the 27th and there was also a regular bird being seen on the Downs to the south of the county. 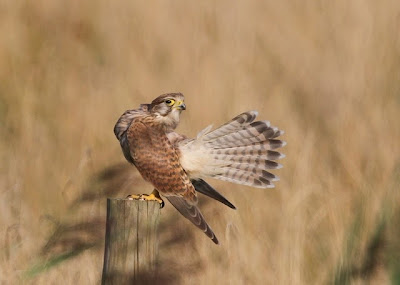 
Redstarts were first noted at what is now a regular stop off point at Otmoor on the 17th with numbers
of these charismatic 'Fire flirts' peeking at 7 individuals. Away from Otmoor 'starts' were seen at Lollingdon Hill near Cholsey towards the later half of the month and at Stonesfield Common on the 22nd and the 30th. 3 were at Grimsbury Reservoir on the 26th with another single at Grove on the 27th. 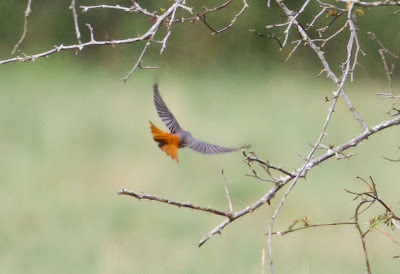 A Honey Buzzard seen drifting east over Otmoor on the 20th typically did not linger and there was also a belated report of a bird over the A40 near Witney on the same day. 8 Black Terns arrived at Farmoor by the evening of the 21st with 9 individuals present at the res on the 23rd. On the 24th Farmoor was certainly the place to be in the county with a wader fest numbering at least seven species best of which was an all to brief appearence of a Curlew Sandpiper and a group of 11 Ruff which may have been part of the subsequent flock of 14 at nearby Stanton Harcourt on the 25th. Stanton Harcourt was also in the spotlight on the 24th when a pair of Black-necked Grebes  were discovered at Dix Pit (unfortunately only staying for the one day). Amazingly 2 more Curlew Sandpipers again utilised Farmoor on their flightpath on the 25th as did an Osprey which was presumably the same bird seen an hour earlier to the north of the county over Grimsbury Reservoir near Banbury. 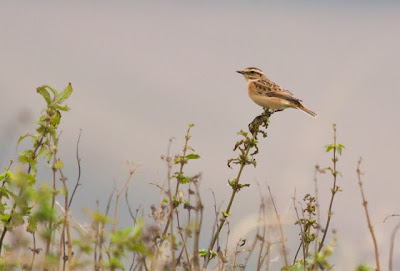 
Whinchats were very much in evidence throughout in what is turning out to be a good autumn for this species with numbers reaching at least 20 birds at Otmoor by the tail end of the month. Birds were also noted near Cuddesdon with 4 Whinchats on the BBOWT reserve at Chimney on the 30th. 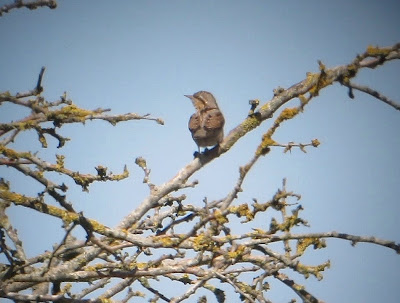 No surprises for the title of bird of the month when on the last day of August a fantastic Wryneck was discovered near Wantage at Lark Hill.This enigmatic and subtly beautiful bird is high on many birders wish lists. Unfortunately this cryptic woodpecker only stayed for a day leaving those searching on the 1st  jynxed.

The 8th of August 1998 was to be one of those ‘road to Damascus’ events for me. After many, many years of serious fishing, including 3 National Championship appearances under my belt, I had tired of the costs involved and wanted to spend more time with my family. I began to walk the rivers, fields and lakes around Witney and teamed up with a friend, Joe, who had followed the exact same path as myself.

He asked if I’d like to go to the New Forest with him and a couple of others and I jumped at the chance to join them and perhaps see birds I had never seen before (in fact I saw 19  lifers that day). Dartford Warbler was their target bird and as we turned on to the heathland at Lyndhurst, we actually saw 5 from the car, before we reached Beaulieu Road station so decided to make a circular walk from Shatterford car park via Bishop’s Dyke, Denny Wood and thus back to the car.

On the way we racked up more birds I’d never had chance to see before, Redstarts, Stonechats, Hobby and both Greater and Lesser  Spotted Woodpeckers in the same tree - never likely to be repeated. Curlew, Spotted Flycatcher and Tree Pipit joined what was to become my first proper trip list.  As we approached the cathedral like confines of Denny  Wood, one of the others, Paul, said ‘this looks perfect for Nuthatch’. I said that this was a bird I’d always wanted to see and despite many hours with my grandfather, in woods around the village, had never managed to see one.

Paul moved further in among the stately oaks and beeches, head to one side. After a while he paused, listened and moved deeper into the wood continuously pausing, listening, moving on. Finally he turned to us and said ‘listen, over there ‘, and ,as we did so I was aware of a trilling, whiplash type of call and suddenly, there they were, a family party of 3 or 4 Nuthatches moving restlessly up and down a gnarled, majestic oak. Upside down, right way up, sideways- you name it and these beautiful little birds, dressed as if for a masked ball, roamed the trunk and branches leaving me spellbound. Spellbound, not only at their elegance and dexterity, but that Paul had managed to find them by sound alone. Over the years, this lesson has been uppermost in my mind and although no expert, can now happily find or recognize many birds by song or call, an invaluable aid that all bird lovers should learn and practice.

If I’d ever had doubts about what to do after 40 years of fishing they vanished into the sights and sounds of Denny Wood that day.
Posted by Badger at 23:59