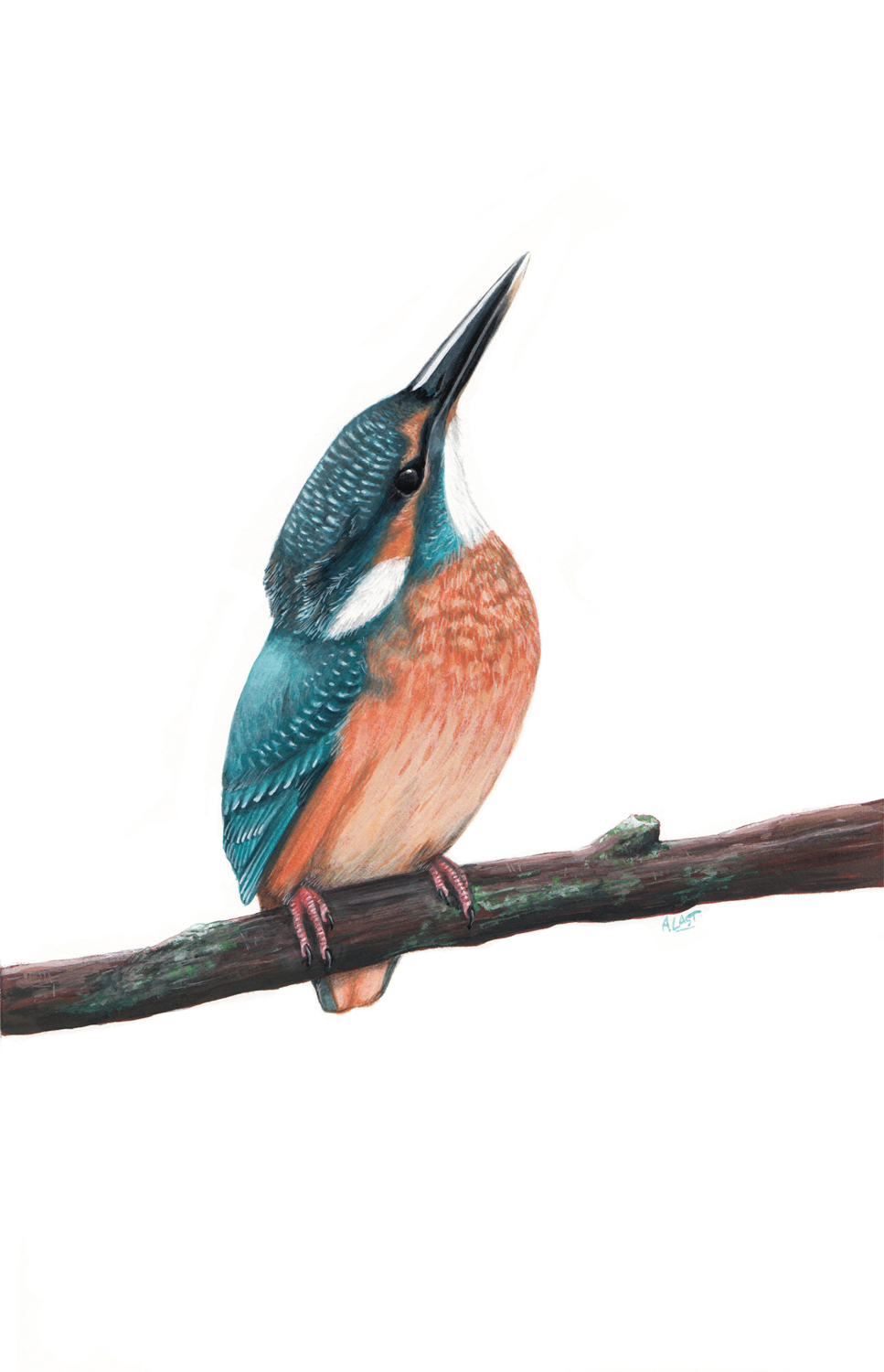 So August is upon us and with it comes the return of some good quality birding at last. As far as headline birds go though there's not much to talk about. Despite my prediction of various goodies at the end of last month it's been a rather lean month on this front. A mobile Great White Egret was seen flying over the A40 towards Port Meadow on the 1st and then over Farmoor on the 2nd but apart from that the only Scarce+ birds worth mentioning (using the RBA definitions) were a couple of juvenile Caspian Gulls at Didcot landfill on the 22nd and one in the Farmoor roost on the 17th. Instead this month has been all about waders. After a very poor spring wader passage in the county there can't be any complaints for this month with a good variety of waders seen in many of the county sites. In fact the bird of the month award goes to a very smart pair of Curlew Sandpipers at Farmoor: this species is certainly rarer in the county than Great White Egrets in recent years. The two juveniles were found on the 28th and lingered to the end of the month at least.

So with not much in the way of headline birds let's get down to the nitty gritty of this month's sightings.

Waders
As mentioned above the main interest this month has been waders. Farmoor and Otmoor both got good numbers and varieties of species.
As far as Farmoor was concerned apart from the two Curlew Sandpipers we had the following wader sightings: a Knot and two Sanderling on the 2nd; a Whimbrel was heard and seen on the 4th and also on the 28th; three Turnstones were along the causeway on the 5th with a single on the 26th; a very showy Black-tailed Godwit was around at the end of the month; Ruff were seen on the 15th and 24th with three birds present on the 30th and several Ringed Plover dropped in over the course of the month. Dunlin numbers continued to rise throughout August peeking at 20 birds at Farmoor by the end of the month and Common Sandpipers numbers increased gradually with over ten at Farmoor by month's end. 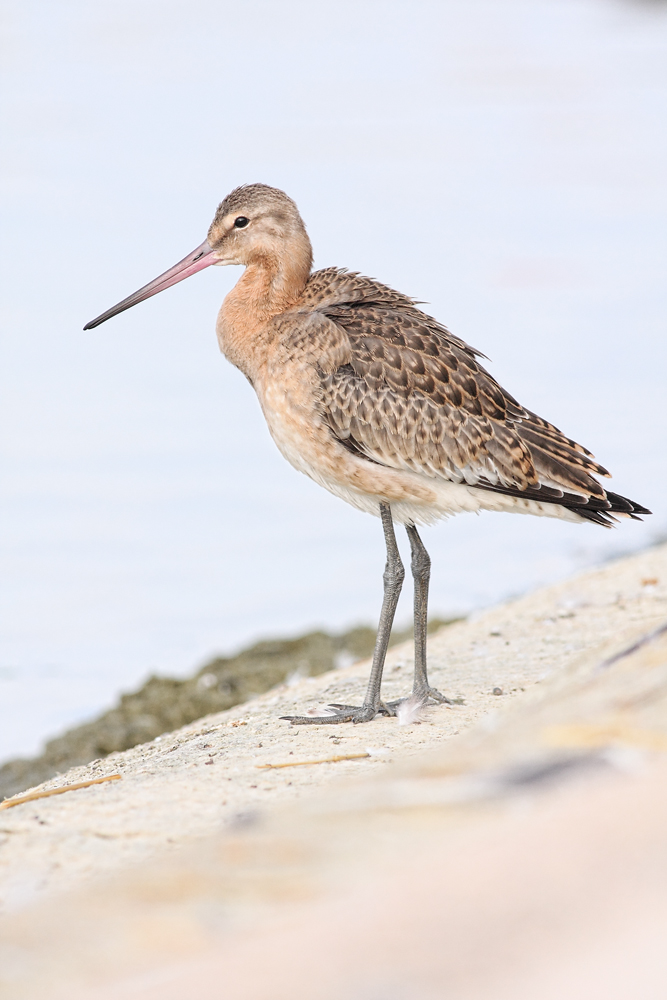 
Not to be outdone, Otmoor had a good mix of waders as well: two Spotted Redshank from the first screen on the 20th; two Greenshank which spent several days at the RSPB reserve; two Black-tailed Godwits on the 11th being joined by a third bird on the 18th; a Ruff was present on the 26th and a Stint species which was seen all to briefly on the morning of the 15th. Green Sandpiper numbers seem to be down on previous years with the highest count being just three birds at Otmoor by the end of the month.


Elsewhere in the county a single Ruff was at Rushey Common on the 20th and three Greenshank at the B.O.S Balscote Quarry reserve on the 17th. Little Ringed Plover records seemed in short supply with a long staying juv at Grimsbury Rservoir  and also one at Otmoor.

As the days are getting shorter again we can once more start thinking about Gulls and also the autumn Tern passage. 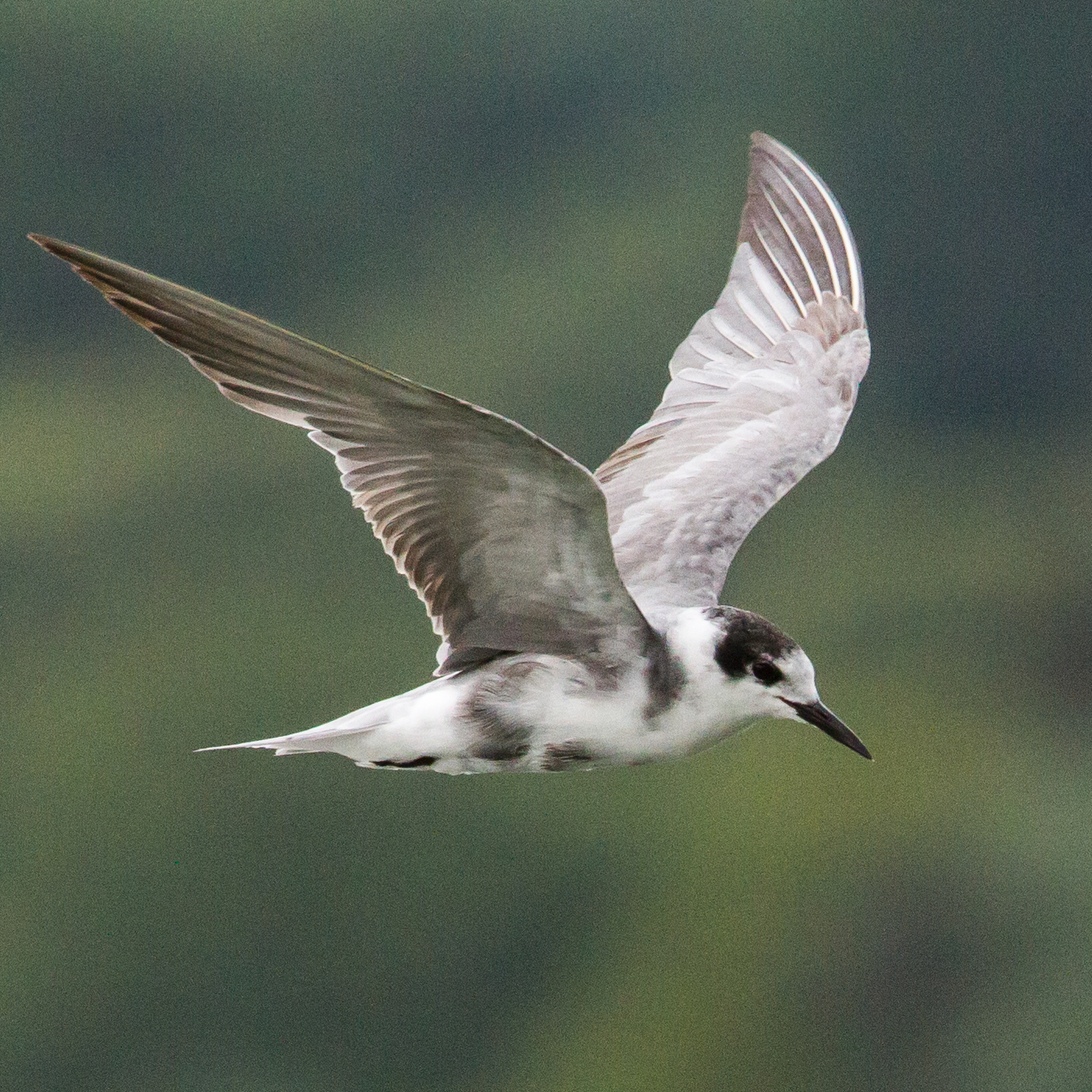 It's been a good year for Sandwich Terns in the county and yet again we had some sightings this month with two at Farmoor on the 5th. Black Terns were seen at both of the county's main reservoirs: at Farmoor there were four birds on the 8th, a single bird on the 10th, two on the 27th and three birds on the afternoon of the 29th. At Grimsbury Reservoir an immature Black Tern was a great discovery on the 29th which stayed until the end of the month at least. 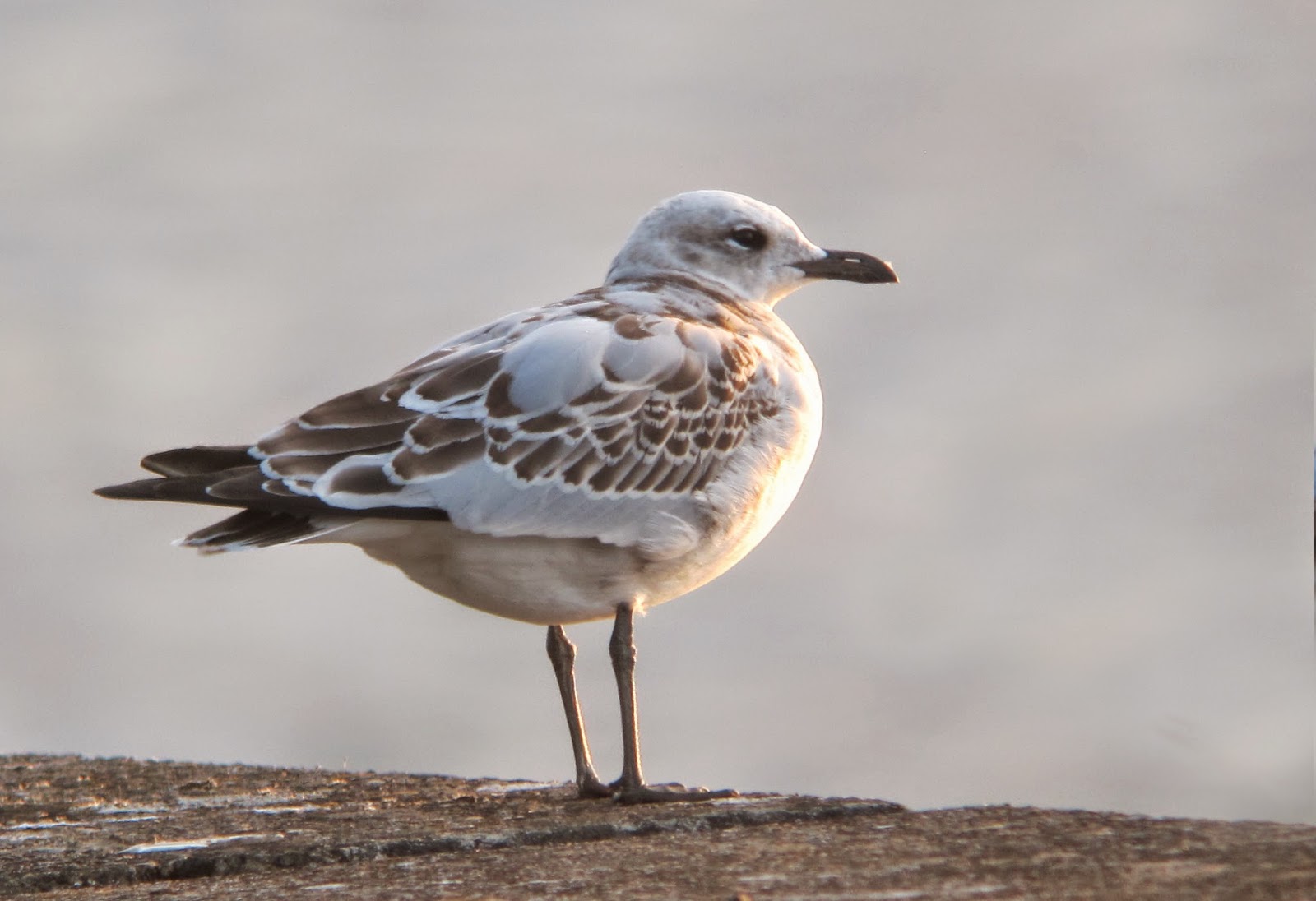 Two immature Mediterranean Gulls were at Farmoor on the 4th and 18th with two other birds at Grimsbury Reservoir on the 7th. Twenty Six Yellow-legged Gulls were seen in the Farmoor roost at the end of the month.

It was rather quiet on the raptor front this month. An Osprey was seen over Otmoor on the 24th, and 30th, up to three Marsh Harrier were seen on Otmoor during August and Peregrines were starting to make a re-emergence this month with sightings from Grimsbury Reservoir on the 15th. Away from the Otmoor stronghold there were a couple of Hobby sightings at Port Meadow over the month.

Not much to report this month as is to be expected: a male Common Scoter was seen at Farmoor on the 12th; two Garganey were seen sporadically from the first screen on Otmoor within the first half of the month and an immature Shelduck was seen briefly on Greenaways on the 12th with perhaps the same individual seen flying over Greenaways on the 28th.

Redstarts continued to be reported from the regular sites in the county in what looks like another good year for this species. There were up to six birds present on Otmoor over the month, three birds at Lollingdon Hill, two birds were present in Burgess Field on the 18th and singles at Farmoor on the 5th and the 30th. Two Fire flirts were near Balscote Mill on the 27th. Single birds were seen at Segsbury Camp on the 16th, along the towpath adjacent to Port Meadow on the 17th near Bicester on the 24th and near the Bladon gate entrance at Blenheim Park on the 24th and Begbroke on the 30th.


Migrating Whinchats started appearing from the 16th with the lion's share near Noke Farm on Otmoor with up to 10 birds present by the month's end. Two birds were seen on Port Meadow on the 17th. Birds were also noted along the Downs with birds at Lark Hill on the 17th and two birds at The Devil's Punchbowl on the 21st a single bird was seen at Balscote Quarry on the 27th and at Farmoor on the 30th. Two birds were present in the north of the county at Grimsbury Res on the 30th. 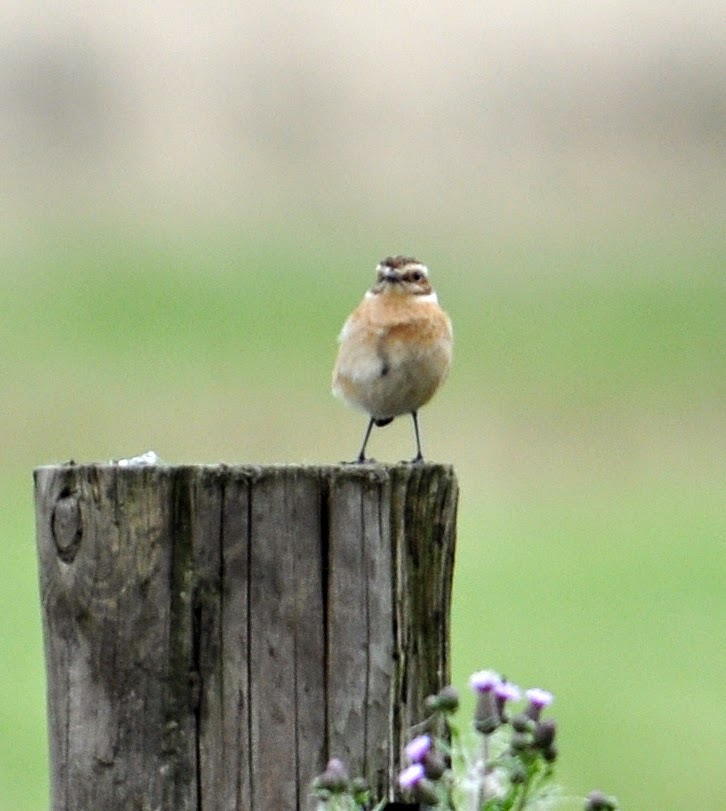 A Bearded Tit was seen and heard on Otmoor on a number of occasions through August. A pair of Willow Tits were a very welcome discovery at Grimsbury Reservoir on the 30th after an apparent two year absence from the site. Turtle Doves were seen at Linkey Down on the 24th and at Mapledurham on the 6th with at least one juvenile seen on the Otmoor reserve. Up to three juvenile Cuckoos were seen at Otmoor perhaps indicating a good year for these enigmatic birds. A Bittern was at Otmoor on the 5th and Ring-necked Parakeet was again frequenting gardens in Littlemore on the 3rd

So plenty there to whet your appetite. I wonder what next month will actually bring.

Filmed over several evenings in early August from the first screen at the RSPB Otmoor reserve.
Please view at 720p HD.

A Shed-load of Rare Waders by Keith Clack 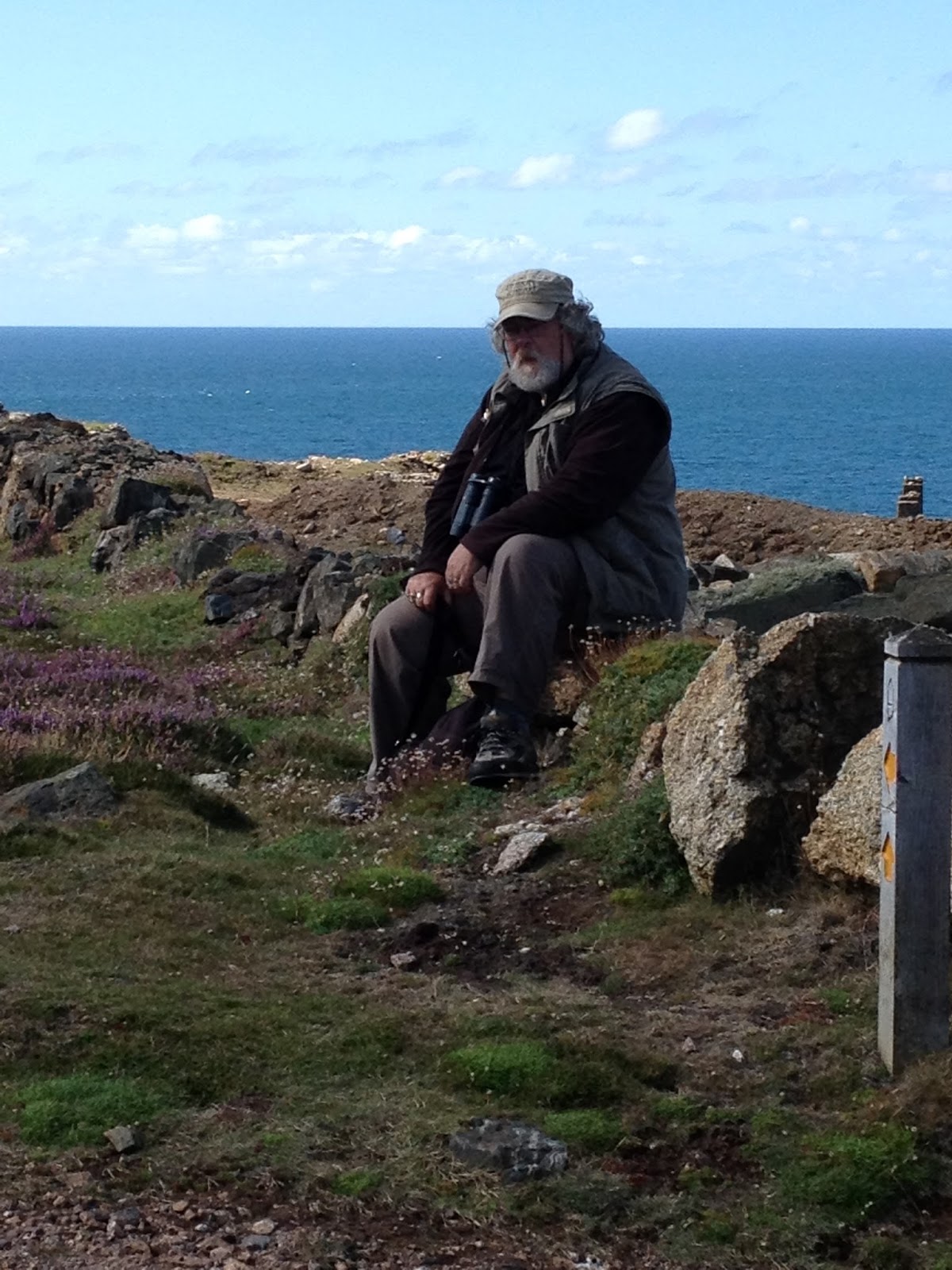 November the 19th is a special day for me: it's the day, almost 50 years ago, I first went out with my wife and then a few years later got engaged. However, November the 19th, 2011, gave the date even more significance.

The day before, the master of the Black Audi, Ewan, rang to ask if I'd like to navigate to Blagden Lake for a Sharp-tailed Sandpiper. This was a new bird for me, a new British tick for Ewan, so "yes please!" was my reply. Early the next morning and mid-way through Bristol, came the dreaded news from the pager, "no sign despite being looked for." Ewan was all for going back, but I convinced him that it was worth going on as we'd already gone so far.

Getting closer, more desperate problems became apparent when a sign announced that the road to Blagden was closed to all traffic. Having birded Chew Valley Lake several times, I was able to put Ewan on a road that would take us over Herriot's Bridge which divides one corner of the huge lake and is a prime birding spot. Indeed, it was already playing host to not only a ridiculously confiding Spotted Sandpiper but also 2 Long-billed Dowitchers, which were surely worth stopping for for a while, giving someone more time to discover the Sharp-tailed Sandpiper.

We drew in on the left side of Herriot's Bridge, got out of the car and peered over the railings to see the Spotted Sandpiper happily wandering up and down the edge of the lake, picking of food from the edge of the brick-lined shore. Ewan leant over the railings to take several photos, first target achieved, then across the road to view the main part of the lake as 3 or 4 other birders had also pulled in with much the same idea as us.

Immediately in front of us some 50 or 60 metres away, were a group of mixed waders feeding strongly in the muddy shoreline. Amazingly, considering the size of the place, in amongst several Redshanks and a few Dunlin, were the 2 Long-billed Dowitchers giving tremendous views to the 5 or 6 of us lined up, all disappointment now forgotten.

Suddenly, another small group of Dunlin flew in and started to feed with the others. In amongst them was another wader, this one with a very noticeable rufous cap. I think it was me that blurted out '"$$#!@# that's it!" and then "isn't it?" (not wishing to make a complete arse of myself). The chap next to me immediately said he thought so and Ewan confirmed that it was, having seen them abroad in some numbers. At this point, the little group flew out of sight and posed a problem as to whether we should put out the news on the pagers, with the bird apparently flying off. This was solved within about 10 minutes when they all flew back in to the same spot again and appeared to settle. Within a very short time the Blagden searchers and a number of other birders started to arrive and while the Sharp-tailed and it's chums flew off  from time to time, they always came back to the same bit of shoreline to give excellent views.

With some 40 or 50 birders now lined up, everyone was extremely happy and I was on cloud 11. At this point Ewan said "have you had a look at that small wader hunched up, to the right of the rest?" Our new friend replied that he had and wasn't sure what it was, but it looked interesting, and a conversation began to discuss the merits of it being a Semi-palmated Sandpiper. After a while, and much scanning, it was decided that this was just too much and it was probably a Little Stint, so absolutely delighted with 4 rare waders in one morning, we headed for Oxfordshire well satisfied.

A couple of days later, Ewan rang to say that our neighbour on the bridge had returned later and refound the small wader, had got closer to it, taken photos , and could now confirm it was indeed a Semi-palmated Sandpiper. So November the 19th 2011 provided not just four rare waders, but now five of four different species. When Shirley and I celebrate that date, in the back of my mind, I also raise a glass to another very special occasion on that date.