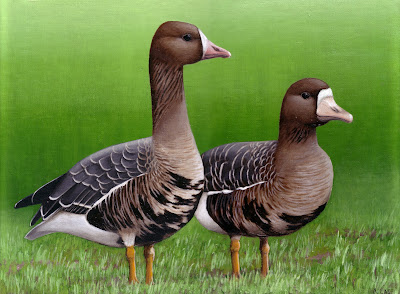 
In what we hope will be a regular monthly feature on the O.B.L,local birder and artist Andy Last has very kindly agreed do to a painting of a chosen species each month which has occurred in Oxfordshire.


White-fronts are annual winter visitors to Oxfordshire with 5 birds first arriving at Otmoor RSPB on the 4th of January this number had increased to 11 including 2 immature birds by the 5th of January. At least 2 adults and 1 immature bird stayed on Otmoor with the feral Greylag geese throughout the month with a second group of 10 White-fronted Geese seen just north of Duxford on the 6th. Pit 60 in Standlake also hosted 7 individuals on the 25th.


The Baltic/North Sea population of European White-fronted Goose breeds in European Arctic Russia and northwest Siberia. These birds generally leave their breeding grounds in September and early October (Stroud et al. 2002). Those wintering in Britain pass through Germany, the Netherlands and Belgium, with a few also migrating through southern Sweden (WWT). 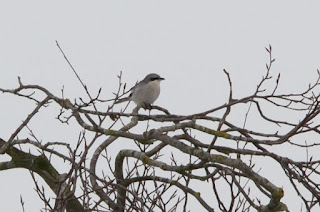 The elusive Cholsey Great grey Shrike.
It's been a predictably quiet start to the year with the usual winter birds to look out for. The bird of the month has to be the Cholsey Great Grey Shrike which was around for several days though it was often frustratingly elusive


Otmoor had a good selection of winter birds with a Bittern around for the whole month as well as a Hen Harrier and a one-day sightings of a Short-eared Owl, up to 11 White-fronted Geese hanging out with the Greylags, 2 Bearded Tits seen, a one-day stop-over Whooper Swan and a Lesser-spotted Woodpecker that was seen a couple of times. 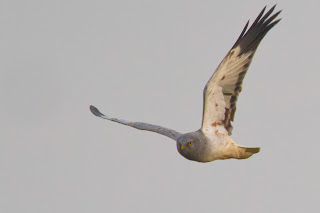 Otmoor Hen Harrier
Port Meadow alternated between being hugely flooded and completely frozen. The highlight was a flock of 40+ Barnacle Geese which spent several days on the Meadow. These are almost certainly the Cat. C feral birds from the surrounding counties. Apart from that there was a Bar-tailed Godwit about and up to 30 Waxwings knocking around the Aristotle Lane and Burgess Field area for much of the month. 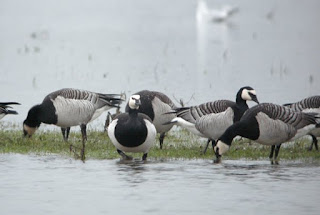 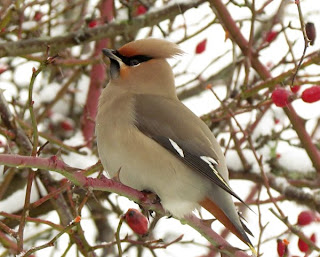 It's been a great winter for Waxwings in the county

Farmoor attracted the usual birds that one might hope for at this time of year with a Slavonian Grebe spending the whole month here, as well as at least 4 Scaup though they seemed to have moved on by the end of the month. The gull roost turned up several Caspian Gulls, 2 Iceland Gulls and a Glaucous Gull. In addition Dai John had a Kittiwake knocking around for a couple of days as well. 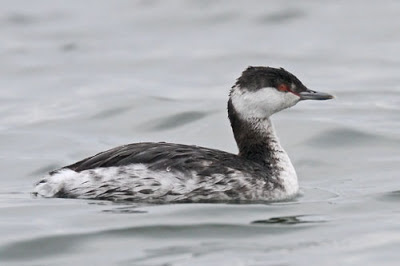 The Slav Grebe has been around all month

Continuing on the Gull theme, several Caspians were seen dotted about the place, including Stanton Harcourt and Dix Pit and Appleford hosted a Glaucouse Gull and an Iceland Gull.


Other bits and bobs from the month include a red-head Smew and a Bittern at Radley, 2 drake Smew at Dix Pit and 2 red-heads at Henley Rd GPs. In addition the feral flock of 30+ Snow Geese spent about a week at Cassington GP in the snow. 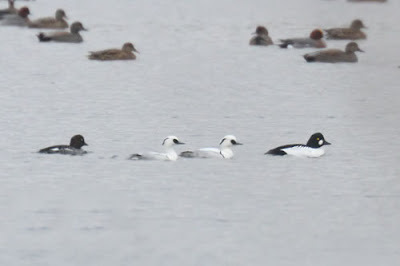 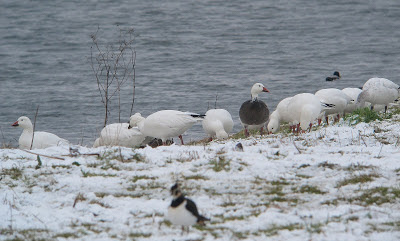 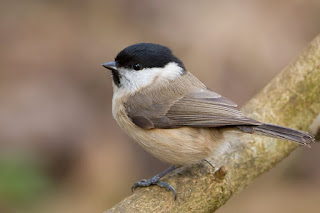 A stunning Marsh Tit photo courtesy of the "Gun Slinger"

All in all, about what you might expect for January.