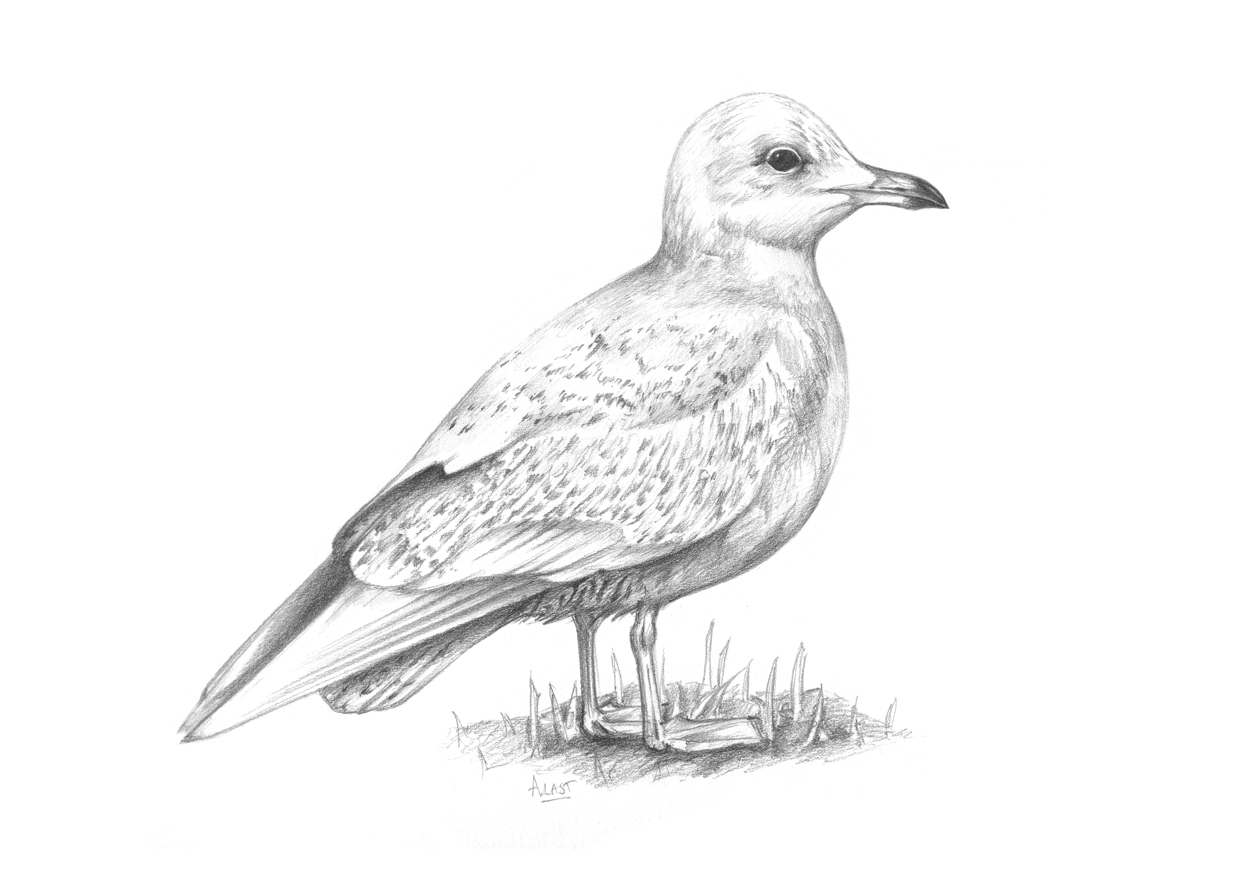 Once again the concrete basin took most of the limelight this month and once again it involved a pelagic county mega; also a potential first for Britain but only a second for Oxon stopped off at nearby Stanton Harcourt briefly.


A family of four Whooper Swans arrived at the RSPB Otmoor reserve on the 2nd of December and stayed throughout the month. Was this the same party of two adults and two juveniles that spent some time on Otmoor last winter? Sadly one of the adults was later found dead.

two ring-tailed birds on the 8th. A Marsh Harrier was an all too brief visitor to at the same site on the 2nd. A Short-eared Owl was near the airfield at Weston-on-the-Green on the 12th with at least two other birds being seen regually in the south of the county. Merlins were seen on the 8th at Grimsbury Reservoir and sporadically on Otmoor and the Downs until the end of the year.


A Bittern was seen on Otmoor on the 7th with possibly two present on the 13th and 15th. A third Bittern was seen in the county this time on the Pinkhill reserve adjacent to Farmoor reservoir on the 9th. 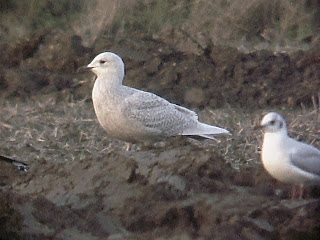 The first of at least two stunning Iceland Gulls arrived in Oxfordshire on the 8th near Didcot and was seen sporadically over December. A second juvenile Iceland was discovered loafing again near Didcot on the 9th with a brief appearance in the Farmoor roost on the 12th. The first bird was subsequently then re-found amongst the throngs of Larids roosting on Port Meadow on the 9th. 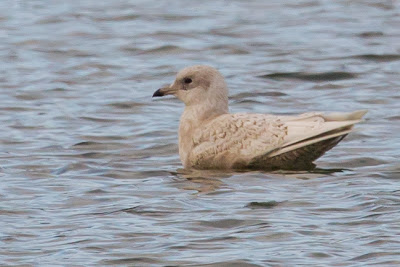 The second Iceland Gull courtesey of The gun-slinger 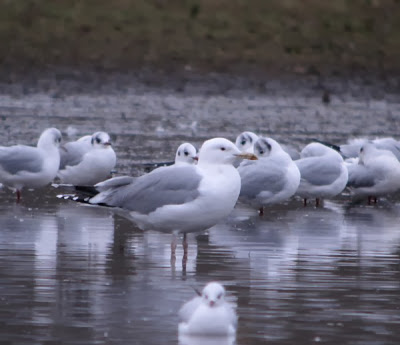 
A Sanderling was an unseasonal sighting at Farmoor on the 3rd with the long staying Red-necked Grebe last seen on the 4th. 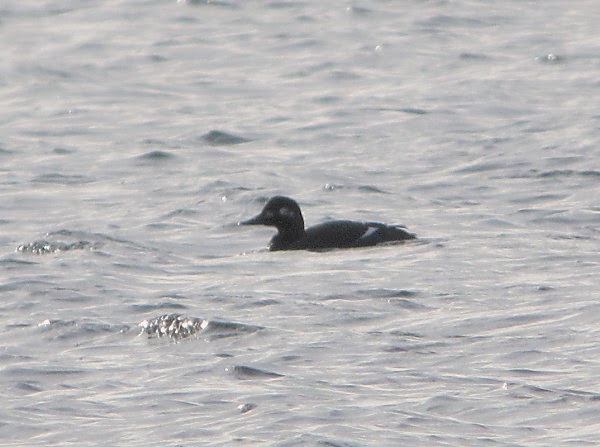 
On the 4th of December a Velvet Scoter was discovered at Farmoor - its arrival had county listers hastily re-arranging work schedules and extending lunch breaks in order to catch a glimpse of this nationally scarce pelagic duck. This was the first record of this species in the county since 1997. Unfortunately the Scoter had gone by first light of the 5th. 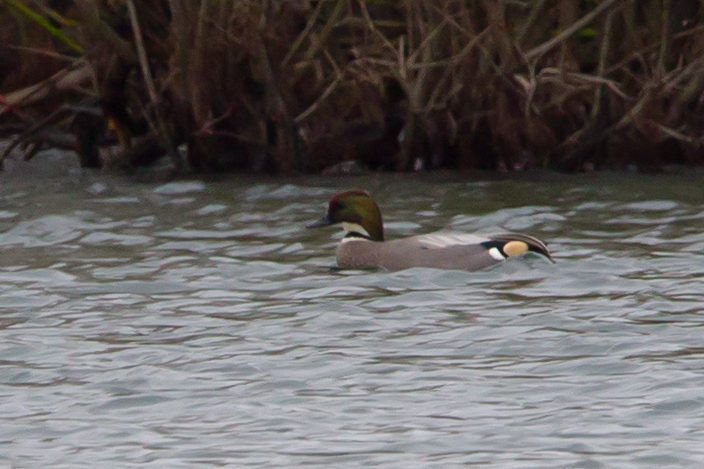 Falcated Duck courtesey of The Gun-Slinger


A drake Falcated Duck was found on the 21st during a monthly wildfowl count at Dix Pit and it is easy to speculate that it is the same bird that was at Farmoor last year from the 9th-13th December returning for a second winter in the county. It was still present early the next day but had gone by midday and presumably went straight on to languish in category D.

A drake Smew added a shock of winter colour at Standlake on the 8th and again on the 26th with what was probably the same 'Nun' nearby on Dix Pit Stanton Harcourt on the 15th.

A flock of up to seventy Egyptian Geese were being regularly seen near Shiplake to the south of the county mid month with three Barnacle Geese of unknown origin gracing Farmoor on the 16th.


Last month's Great Grey Shrike retained its winter territory to the north of the county throughout December ranging between Alkerton and Balscote.


The Otmoor Starling roost numbers ranged between an impressive 30-50,000 birds over December. As to when and if these murmurations decide to dance, that remains a mystery.


A very late Swallow was seen in Thame by the church on the 17th.


Going forward, as we edge onwards towards the teeth of winter, we could find one of the scarcer goose species hidden amongst all of our regular feral goose flocks. 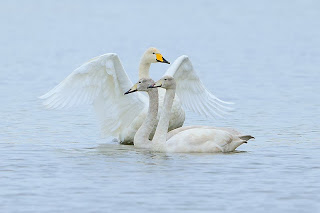 The remaining 3 Whoopers (c) Nigel Forrow
Posted by Badger at 20:25